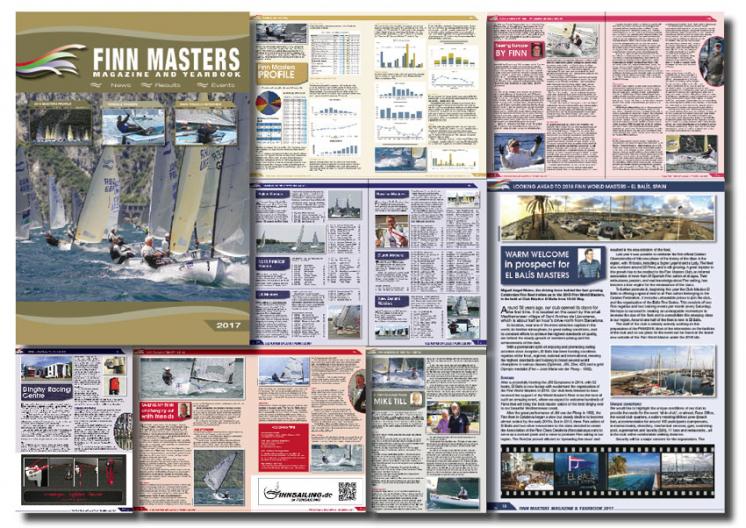 A great excuse for Finntastic racing

It must be close to the start of the European Finn season, with the publication of fourth edition the Finn Masters Magazine and Yearbook this week. The 2017 edition is packed full of interviews and reports from Finn Masters across the world, showcasing what the Finn Masters has brought to hundreds of sailors over the past 47 years, culminating in the largest ever Finn World Masters at Torbole in 2016, with 355 entries. 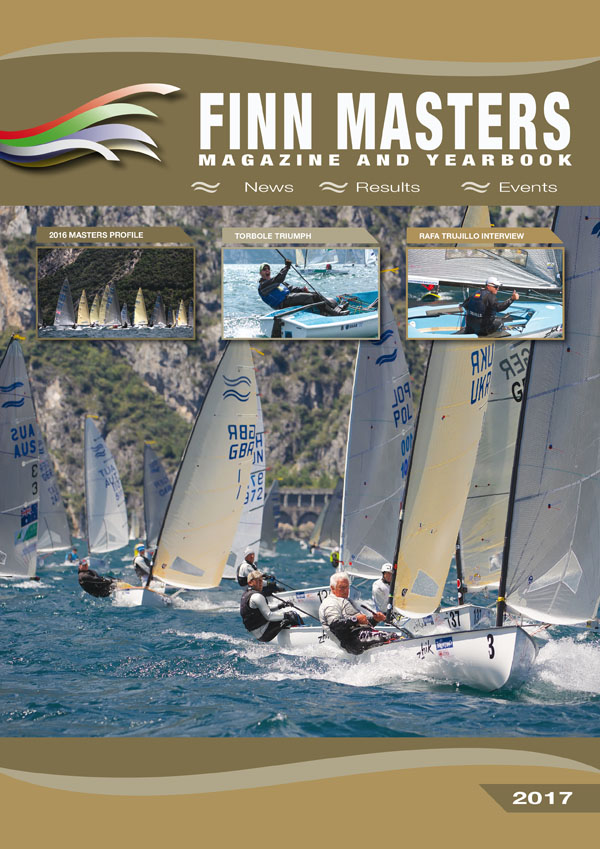 The fleet is currently planning only its second ever Finn World Masters outside Europe, with a trip to Barbados now less than four months away. Containers are coming from Europe, North America and Oceania for what should be an event of a lifetime in the Caribbean.

New Finn Masters World Champion, and 2004 Finn Olympic Silver Medalist Rafa Trujillo explains what brought him to his first Finn Masters in 2016. “Five years ago, I did not imagine that I would be sailing in the event but the level of Master’s fleet has been steadily improving and the fleet is of very good quality so I was excited to get back into the boat after almost four years out of it. It was a great opportunity to sail against friends and push myself.”

He thinks it will continue to grow and attract more Finn rock-start names. “After I won the Masters Worlds I heard from a lot of ex-Olympic sailors hoping to join the Masters fleet as it seemed like such a good event, so I expect the level will continue to increase for Barbados 2017 and Barcelona 2018. In Spain we already have 20 new Master sailors who have joined the fleet as they look forward to Barcelona 2018.”

Also sailing at his first Finn World Masters, Christoph Burger talked about the enjoyment of sailing in the Masters fleet. “I enjoyed every moment of it. It is unique to sail with so many different guys and age groups. It is super easy to socialise with the fleet on shore and I had many great moments. The older guys all have my respect when it gets down to sailing the Finn in the normal Lake Garda conditions. Once the race has started it is all about your race. When you are up in the front of the fleet, the flashbacks of the earlier days come up.”

“I believe that if you have raced the Finn at the top level you have created a unique connection to it. Some will sail the Finn forever and others won’t. But sailing in the Master Worlds it is not only about the pressure of the result, to satisfy sponsors and federations. It is about doing what you love to do. And what is better than doing what you love, and to end the day with a couple of beers at the club’s bar instead of having to go for a bike ride, stretching and massage.”

Fourth overall, Piet Eckert was also interviewed in depth about his experience in the Finn Masters fleet. He talks with enthusiasm about sailing the Finn. “I like the boat. The heavy hull has its own momentum, especially in lighter wind. Its physicality is a real challenge and the technical side is highly refined. I don’t know any other boat with such a comparable combination.”

“I think the Finn is a unique singlehander. Honestly there are not much alternatives for taller and heavier sailors. The Masters makes it possible to sail in your proper category. It keeps the challenge up and increases the fun factor. It’s very much organisable. Since the boat is so compact, it’s easy for logistics. You don’t need a big budget and you can simply organise your own schedule.”

The Finn Masters magazine features extensive interviews with all three sailors as well as including:

• Wrap of the record breaking 2016 Finn World Masters in Torbole

• A fond farewell to long time Finn sailor, Mike Till

• Data analysis of the 2016 Masters event

• Bid reports for the 2019 Finn World Masters from Denmark, Malta and Sicily

• Profile of the Dinghy Racing Centre in the Netherlands, ‘probably’ the largest Finn shop in the world.

• Seeing Europe by Finn, a story by Charles Heimler

You can download the magazine below, or read it online here.