Triumph over adversity at Finn European Masters in Gdynia 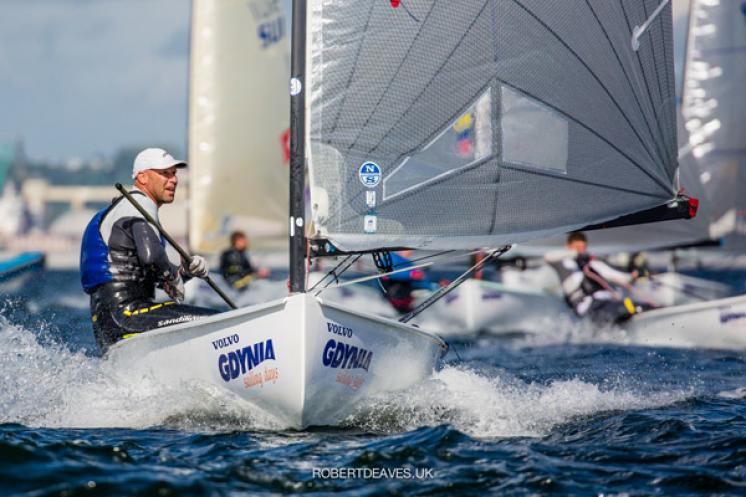 Combined with the senior European Championship for the first time, the 2020 Finn European Masters was a triumph over adversity for the 29 Masters that made it to Gdynia, Poland, despite COVID-19, travel restrictions and bad weather.

In the end, the majority of entries came from eastern Europe, with only a handful from the westernmost countries. Many needed special paperwork to travel and it was unsure until they arrived whether it would be possible, but it was great to see so many Russians make the effort.

After weeks of summer conditions, the first day of the regatta was windy and wet and gradually got colder during the week until the final day when the sun finally reappeared. The wind conditions were challenging with shifty, and at times fickle, keeping everyone busy. In Race 6 the wind died completely, meaning every master except Milan Vujasinovic, from Croatia, and Włodzimierz Radwaniecki, from Poland, ran out of time. 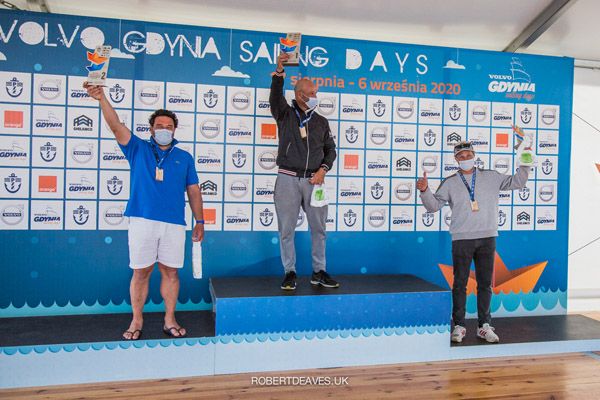 The defending champion was Filipe Silva, from Portugal, and when the decision was taken to combine the fleets, he knew he would have a hard time defending against Vujasinovic, who was always the favourite for the overall Masters title.
Vujasinovic placed 13th overall against 37th for Silva. Silva had a great final day to take second, with Olof Lundqvist, from Sweden in third

Vujasinovic commented, “The years pass I am getting old, I joined a new category now, but I don’t feel that old. I didn’t really plan to sail the Masters, they just happened to be together.”

“Since corona I don’t have a Finn. I organised to have a Finn only until July, but then they postponed the Olympics and I am stuck with no boat, so I borrowed a boat from the Japanese to sail this regatta. Otherwise I wouldn’t be here. I need to find a boat to sail next year.”

"I live in Valencia now and with the very strong quarantine we could not sail or go to the gym for 2-3 months. Considering all that and no training, I was OK I think, in 13th. I had hoped for a bit better, but not bad.”

In the Grand Masters, for those aged 50-59, former champion, Felix Denikaev, from Russia had a tight battle with Andrzej Romanowski, from Poland, while Stefan Sandahl, from Sweden took third.

The Grand Grand Masters looked to be a runaway for Marc Allain des Beauvais, from France but a miserable fourth day for him left it very tight. In the end he won by a single point from Vladimir Skalicky, from Czech Republic, with Greg Wilcox, from New Zealand, third. 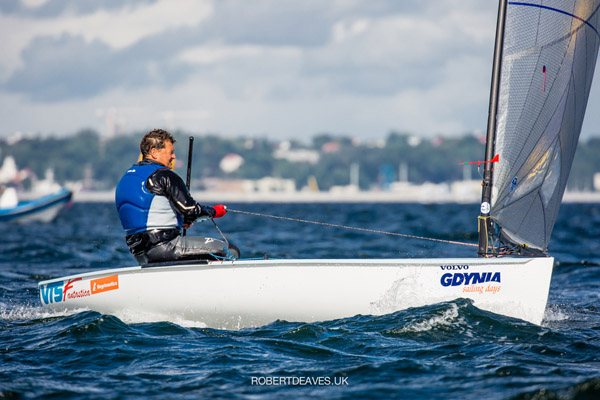 The one and only, and incomparable Legend (over 70) taking part was Flemming Bender Jensen from Denmark, in 66th place. He finished every race but one.

He said, “It was a perfect regatta. Everything was functioning; we had nice weather and lots of wind. And there were lots of windshifts, but maybe too many for an old man. So it’s hard work even though you’re at the back.”

“It’s worth coming of course because you meet all those guys that you have seen for many, many years. I started sailing the Finn in 1972, so it’s quite a long time and there has been a great deal of development in everything, and all kinds of equipment and everything functions. It’s so nice just to rig it up and the boat functions. But to get the thoughts from my head to the tiller is sometimes hard.

“But we had a great time here.” 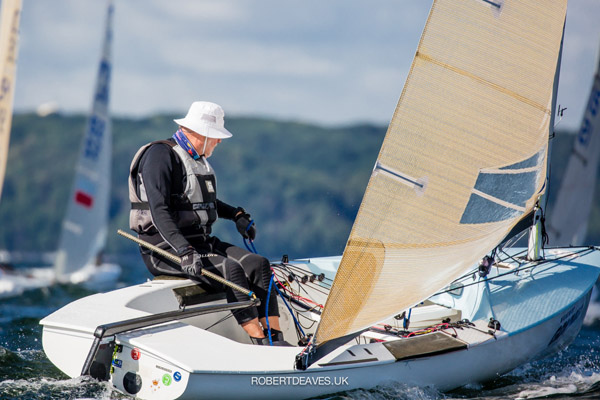 It might have been a small Masters entry, but for those that made the effort, it was great to be part of an event that included the rock stars of the class. Next year it is back to normal. The 2021 Finn European Masters will take place where it all started 10 years ago. The host will be Tihanyi Hajós Egylet (THE) at Tihany on Lake Balaton, Hungary from 7-11 September. Hopefully by then things will be back to normal.